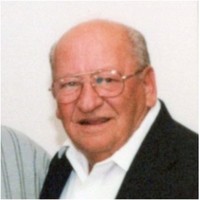 Funeral service for Charles Fresorger will be at 10:00 a.m., Monday, February 24, 2020 at Walker Funeral Home, Gillette, WY with Gordon Harper officiating; inurnment to will follow in at Mt. Pisgah Cemetery with military honors provided by American Legion Post #42. Charles E. Fresorger age 87, passed away on Tuesday, February,18, 2020 at Close to Home Hospice in Gillette, Wyoming. Charles Edwin Fresorger was born on July 9, 1932 to Alec and Mary (Dinges) Fresorger in Wheatland, Wyoming.  Charlie attended Elementary school in Lingle, Wyoming and returned to Wheatland School system and upon his 8th grade graduation in 1946 he went on to graduate from Wheatland High School on May 25, 1950.  He was raised on a farm in Wheatland and grew up farming with his parents, brother and sisters.  He was active in 4-H and FFA winning many awards for showing steers. Charlie entered into active service in 1951 in the United States Navy and served in the Korean War as a flight engineer and was honorably discharged in 1954.  After leaving the military he returned to farming and later went to work for the US Postal Service. He married Claretta Goertz and they had three children, Vicki, Terri and Kevin.  They later divorced and he went to work in the appliance business at Gambles Hardware and Landmark in Gillette. On July 3, 1975 he married Eva Mae Chittim and they made their home in Gillette.  They spent their years together living the summers in Gillette and their winters in Mesa, AZ.  They loved traveling with their 5th wheel and making many friends along the way.  Charlie was very active with VFW Post 579 and held local, state and national offices. His favorite past-time was woodworking with his scroll saw and he produced many beautiful pieces which were shared with his family. Charlie was preceded in death by his parents, Alec and Mary; two sisters, Mary Alice and Joyce and his wife, Eva Mae. He is survived by his three children, Vicki Bouska of Nebraska; Terri (Melvin) Keffer of Buffalo, Wyoming; Kevin Fresorger of Gillette; step-sons, Marvin (Rice) Reub of Kansas City; Leonard Reub of Gillette; his brother, Robert (Brenda) of Georgia; and his sister, Carol (Bruce) Barton of Sheridan, Wyoming; 14 grandchildren and 13 great-grandchildren. The family requests that memorials be made in Charlie’s name to the VFW Post #579 in care of Walker Funeral Home, 410 Medical Arts Court, Gillette, WY  82716.  Condolences may also be expressed at www.walkerfuneralgillette.com

To order memorial trees or send flowers to the family in memory of Charles Edwin Fresorger, please visit our flower store.