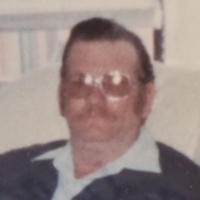 Graveside services for Charles Frederick will be held at 10:00 a.m., Thursday, May 20, 2021 at Mt. Pisgah Cemetery with Chaplain Gordon Harper officiating. There will be a luncheon following the service at the American Legion on 200 Rockpile Blvd. Gillette, WY 82716, for family and friends. Charles (Chuck) Frederick 73 of Gillette, WY, passed away on May 11, 2021 at Campbell Memorial Hospital of natural causes. He was born June 10,1947in Albuquerque New Mexico. In 1971 Chuck Frederick married Beverly (Bilobeu) Frederick in Omaha Nebraska. He worked at Jim's Water Service for over 42 years in the oil field. Chuck was a volunteer Fire Fighter with Campbell County Fire Department for 25 years and retired from there. Chuck was with the American Legion for 6 years. He was a part of the Army reserve for 3 years. He is survived by his wife Beverly Frederick; daughter, Susan (Justin) Mccleary of Billings Montana; son Charles E. Frederick of Gillette, WY, and two grandchildren Mackenzie Frederick, and Nicholas Marshall. Chuck Frederick also is survived by several nieces and nephews. He is preceded in death by his parents Charles and, Alpha Frederick and brother David Frederick. Memorials and condolences may be sent in care of Gillette Memorial Chapel 210 West 5th Street, Gillette, WY 82716. Condolences may also be expressed at www.gillettememorialchapel.com

To order memorial trees or send flowers to the family in memory of Charles Herbert Frederick, please visit our flower store.