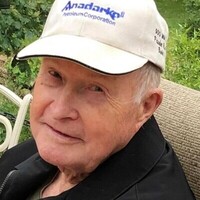 Charles Edwin Fischer, 82, passed away May 2, 2022 at Monument Health in Spearfish, South Dakota following a brief battle with Leukemia. Celebration of life, with military honors will be held at 10:00 a.m., Saturday May 7, 2022 at Walker Funeral Home located at 410 South Medical Arts Court in Gillette, Wyoming. Charlie was the son of Edwin and Francis Fischer and was delivered in their family home by his father on May 14, 1939 in Sioux County, North Dakota. Charlie was raised on the family farm before entering service with the United States Army.  He was an avid boxer and boxed for the Golden Gloves in Wahpeton, North Dakota.  On March 17, 1972, Charlie wed the love of his life, Betty Hertel, in McLaughlin, South Dakota.  It was in McLaughlin that Charlie and Betty Fischer began to raise their family.  Family was always Charlie’s top priority.  In 1978, Charlie and Betty relocated to Gillette, Wyoming when Charlie accepted a job with Jacobs Ranch Mine.  The family made Gillette their home for 25 amazing years. In the year 2000, Charlie retired.  He often spoke of his 22 years of service as an equipment operator at the mine, and of the many lifelong friendships he had formed with his coworkers. It was always Charlie’s dream to live in the Black Hills. Soon after retirement, Charlie and Betty bought their dream cabin east of Spearfish, South Dakota. There they spent 20 wonderful years constantly making improvements. Charlie cherished every moment spent with family and friends who visited the cabin. In 2020 the couple purchased a condominium in Spearfish, SD where they lived until the time of his passing. Charlie enjoyed spending time with his family and loving wife of 50 years. He cherished the countless hours alongside family and friends building and watching them race Derby cars.  Charlie spent his free time going to bingo, gambling in Deadwood, going to coffee with his friends at McDonalds, making homemade ice cream, playing horse shoes, playing corn hole, playing cards, going for walks, and four-wheeling near the cabin in the Black Hills. As a man of Christ and member of Our Saviors Lutheran Church, Charlie and Betty rarely missed watching Pastor Salem’s church service on Sundays.  Charlie was a very loving, helpful, caring, and gentle man. Charlie is survived by four brothers, Donald (Linda) Fischer, Tom (Gloria) Fischer, Vern Fischer, Gary (Donna) Fischer; twin sisters, June (Larry) Kelsch and Jane (Duane) Kraft; two sons, Kerry (Julie) Fischer; Gerald (Mony) Fischer; Daughter, Shari (David) Bowles; 12 grandchildren; and four great grandchildren.  Charlie was preceded in death by his parents, Edwin and Francis Fischer, his brother, Lonnie Fischer, and his son, Jody Fischer. Memorials and condolences may be sent in care of Gillette Memorial Chapel 210 West 5th Street, Gillette, WY 82716. Condolences may also be expressed at www.gillettememorialchapel.com

To order memorial trees or send flowers to the family in memory of Charles E. Fischer, please visit our flower store.