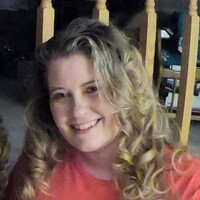 Graveside service for Carolyn “Carrie” Burke will be held at 10:00 a.m., Saturday, October 31, 2020 at Mt. Pisgah Cemetery. Visitation will be held from 4:00 p.m. to 7:00 p.m., Friday, October 30, 2020 at Walker Funeral Home. Carolyn Ann “Carrie” Burke, 38, passed away October 25, 2020, in Fort Collins, Colorado. She was born February 19, 1982, in Gillette, Wyoming, to William L. “Bill” Burke and Susan (McCorison) Burke. Carrie was raised in Gillette where she attended Hillcrest Elementary School, Twin Spruce Junior High, and Campbell County High School, graduating with the class of 2000. Carrie ran cross-country and track, competed in tennis, played flute in band, and visited Europe as part of the foreign language club during the summer of 1999. She began her college career at the University of Wyoming, later transferring to Metropolitan State University of Denver where she graduated in 2004 with a BS degree in Health Care Management and a Minor in Marketing. Carrie worked in the Animal Science Department at the University of Wyoming where she was honored with the “Tip of the Cap Award” nominated by students and awarded as outstanding staff member. She also worked at Mountain West Farm Bureau Mutual Insurance Company in Laramie as a Marketing Specialist. In 2013, she moved to Fort Collins, Colorado where she attended The Healing Arts Institute, graduating from their Massage Therapy Program. In Fort Collins, Carrie worked at Qualfon as a Travel and Lifestyle Benefit Specialist. At the time of her death, she was employed as an insurance agent in Fort Collins. Carrie was sweet, loving, and caring and was always concerned about others. She made friends easily and was loved by all who knew her. She enjoyed hiking in the beautiful Colorado Rockies where she was a member of a hiking club. She will be sadly missed by her family and her many friends. Carrie is survived by her loving parents, Bill and Susan Burke of Gillette, and two brothers, Aaron Burke of Riverton, Wyoming, and Paul Burke of Moscow, Idaho. Memorials and condolences may be sent in care of Walker Funeral Home 410 Medical Arts Court, Gillette, WY 82716. Condolences may also be expressed at www.walkerfuneralgillette.com

To order memorial trees or send flowers to the family in memory of Carolyn Ann Burke, please visit our flower store.