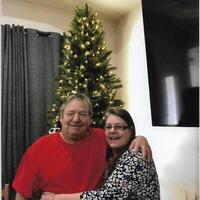 Carole Peterson age 71, of Gillette, WY passed away May 17, 2022 at her home in Gillette, WY. Carole was born in Sisseton S.D. to Carlton and Ardyce (Molly) Barse. The oldest daughter of 8 children, she was a born nurturer. Mothering came naturally to Sissy and she was great at it. She dedicated her life to her family, nothing was more important.

She fell in love with Jim Peterson in her teens and they started a family shortly after. They would be together for nearly 60 years. Her life was always full of children, and not just her own. Her jobs through the years involved working with kids, at schools, head-start, or daycare. Before her own were all grown, along came grandkids, and her nest was never empty. Any of us hitting a rough patch or having a hard time needn’t be ashamed because her love for us was unconditional. All she wanted was for us to be happy and healthy. She cared for us all deeply and we were always in her prayers. If any of us were struggling, she prayed for relief. When any of us were experiencing success, she thanked God for his blessing. Sissy’s faith was overflowing, she had enough for all of us. Such a faithful Christian, she never walked alone.

Generous, resourceful, and adapting were just a few of her best qualities. Always so thoughtful and never empty-handed. And speaking of hands, hers were never idle. Either cleaning or crafting, her hands were always busy. Making lists or making food, she was always doing something even if she wasn’t well. She was so strong throughout her life. Even fighting sickness didn’t stop her from taking care of business and taking care of everyone around her. Always a giver, even in the darkest of hours. Donating herself to science, even in death, she continues to give. She hoped her body would help medical science to learn from her trying medical history. If only they could study her spirit, that’s where we could gain the most. Through her battle with cancer, she remained the pillar of the family. Stoic and independent, she could do it herself until the very end. In the last few months, peace was present that only comes from a life of devotion to the Lord. She did not fear death, she was ready to be with loved ones that had gone before her and eager to meet her Maker. She knew she was held by God and she stayed long enough to make sure we knew that, too.

A memorial service will be held Monday, May 23rd, 2022 at 2:00 pm at First Assembly of God on 601 Carey Avenue in Gillette Wyoming. Memorials and condolences may be sent in care of Gillette Memorial Chapel 210 West 5th Street, Gillette, WY 82716. Condolences may also be expressed at www.gillettmemorialchapel.com

To order memorial trees or send flowers to the family in memory of Carole Jean Peterson, please visit our flower store.