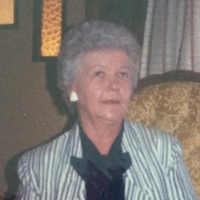 Memorial service for Carol Turner-Irish will be held at 3:30 p.m., Monday, March 19, 2018 at The Legacy Living and Rehabilitation Center with Roy Edwards officiating. Lifetime Gillette resident Carol Turner-Irish, age 90, died Monday, March 12, 2018 at the Lasting Legacy Center. Carol was born, December 24, 1927 to Elmer and Bertha (Webb) Thomas on their homestead near Rozet, WY. Due to her mother’s passing, she was raised by her Aunt and Uncle, Ray and Lucille Thomas. In September 1942 she married Delbert Weese. On February 14, 1943 she gave birth to her first son Lloyd Lee Weese. On September 16, 1946 she gave birth to another son Norman Ray. Delbert and Carol divorced and she then married Harry Turner in 1980. Harry passed in 1990. In 2002 Carol married Kenneth Irish who passed away in 2011. Carol was blessed by her first grandchild Lori Lynelle on May 8, 1968 to be followed by her second granddaughter Leslie Lenae June 20, 1970. On December 17, 1976 she was welcomed with her first grandson Anthony Lloyd. She had four beautiful great-grandchildren Andy, Max, Alex and Abbey who became her world. She is also survived by her half-sister, Betty Dygert of Sheridan, WY.  Carol was known as the “lunch lady” at Gillette Grade School from 1960 to 1969 who always loved giving extra mashed potatoes to those who wanted. She loved feeding “her” kids. Carol is preceded in death by her son, Lloyd Lee; brothers, Marion and Gale; sisters, Donna and Mildred, granddaughter, Lori; and grandson, Tony. In lieu of flowers please make a donation in her name to the Lasting Legacy Activities Department. Memorials and condolences may be sent in care of Walker Funeral Home 410 Medical Arts Court, Gillette, WY 82716. Condolences may also be expressed at www.walkerfuneralgillette.com
To order memorial trees or send flowers to the family in memory of Carol Lee Turner-Irish, please visit our flower store.