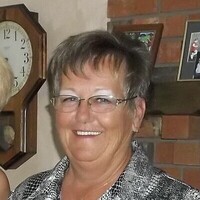 Carol Ann Sundstrom, age 70, of Gillette, Wyoming, died, December 7, 2020 at her home from a sudden cardiac problem. Carol was born June 24, 1950 in Huron, South Dakota the daughter of Walter George Hibbard and Frances Lucille Jackson. In 1971 she married Rickey E Larson. They Later divorced. In 1988 she married Michael Scott Sundstrom. She was the mother of six children, Tracey, Tony, Ben, Chad, Mindy, Darren, and stepchildren.  She had 11 grandchildren and 10 great grandchildren. She enjoyed camping, fishing, gardening, and canning. She also made time to knit when she was not with Mike and the kids fishing. She enjoyed her job as a coordinator for assisted living homes and spent a lot of time taking clients to bingo and other activities. In the evenings she loved to play cards with family and friends.  She was proceeded in death by her parents and one daughter Tammy. Memorials and condolences can be sent in her name to Gillette Memorial Chapel 210 West 5th Street, Gillette, WY 82716. Condolences may also be expressed at www.gillettememorialchapel.com. No service will be held at this time. A memorial will be planned later.

To order memorial trees or send flowers to the family in memory of Carol Ann Sundstrom, please visit our flower store.