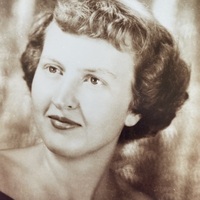 On behalf of Carol Helen Moe’s sister, nephews, and grandnephews it is with great sadness that we must announce her passing. Carol died Saturday morning, April 23, after experiencing sudden heart failure. Carol was born in Dupree, South Dakota. She was the oldest daughter of second-generation Norwegian immigrants, who settled in the Sisseton, South Dakota area, Theodore Kermit Moe, and Helen Twitero Moe. She had a brother, one year younger, Richard Moe, now deceased, and a sister, Marilyn Boleda, ten years younger. Carol inherited the core values of The Greatest Generation: a hard worker, resilient, self sufficient, honest, and always ready to volunteer her time and skills to worthy endeavors. She graduated from Spearfish teachers’ college in South Dakota in the early 1960s, got her first job teaching country school near Gillette, Wyoming, then became a full-time elementary school teacher in the Gillette school district until her retirement. With her father’s help, a civil engineer, she built her log house in the Sundog Development outside Gillette’s city limits, where she lived until her passing last Saturday. Over the years, Carol made many longtime friends in Gillette and vicinity. They enjoyed frequent get togethers, meals, card games, trips, and mostly the precious legacy of lifetime friendships. Carol is survived by her sister Marilyn Boleda, brother-in-law Alberto Boleda, her nephew Tito Boleda, her niece Kristina Boleda, her grandniece Isabella Boleda, her grandnephew William Boleda, her grandniece Charlotte Boleda, and several cousins. According to her wishes, her remains will be buried next to her parents and brother in the Sisseton cemetery sometime this summer, following a family memorial service. We are very lucky and proud to have shared many life experiences with such a wonderful woman; she leaves us with the biggest treasure of all, the knowledge that she loved each of us very much and that she always knew how much we loved her. Memorials and condolences may be sent in care of Gillette Memorial Chapel 210 West 5th Street, Gillette, WY 82716. Condolences may also be expressed at www.gillettememorialchapel.com

To order memorial trees or send flowers to the family in memory of Carol Helen Moe, please visit our flower store.