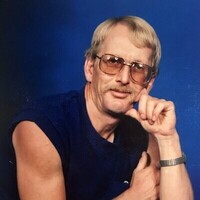 On November 18,2021 Brian David Nelson, accompanied by his love Elaine Nelson, passed through the gates of heaven, Brian,66, was surrounded by loved ones as he passed away of respiratory failure, he will be truly missed by all. Brian David Nelson was born June 27, 1955, in Hot Springs, South Dakota.  He spent the majority of his life in Newcastle and Gillette, Wyoming.  Brian entered Navy Recruit Training in San Diego, California in April 1973, and was stationed in Seattle, Washington until his discharge in February 1974.  Brian then moved to Gillette, Wyoming and worked for Oedekoven Land and Cattle for many years.  He later went to work for Safeway Supply, then retired in 2019. Brian married the love of his life Elaine Durocher (Fogle) on June 5, 1999. Elaine passed away on June 23, 2008.  He was preceded in death by his wife, parents, two brothers, and three sisters. Brian is survived by two sisters, Helen McKinney (Dave) of Elmwood, NE, Vicki Berry (Michael) of Chesapeake, VA, a stepdaughter, Shelley Jerue of Spokane WA, several nieces, nephews, great nieces, and great nephews. Brian enjoyed fishing, throwing darts, and horseshoes, gardening, and playing cards with family and friends. His favorite activity was watching Golden Girls with his wife. Services will be 2 p.m., Tuesday, November 23, 2021 at Gillette Memorial Chapel at 210 W. 5th Street, Gillette, Wyoming.  Services will also be live streamed.  Following the services, family and friends are invited to join in a remembrance and celebration of life at the Moose Lodge north of Gillette.  Refreshments will be served. Memorials and condolences may be sent in care of Gillette Memorial Chapel 210 West 5th Street, Gillette, WY 82716. Condolences may also be expressed at www.gillettememorialchapel.com

To order memorial trees or send flowers to the family in memory of Brian David Nelson, please visit our flower store.