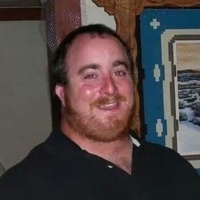 A Celebration of Life for Beau Damori will be held at 2:00 p.m., Thursday, November 8, 2018 the WPA building at Cam-Plex Park in Gillette, WY. Beau was born on October 16, 1982 in Powell, Wyoming to Michael Damori and Tammy (Andrae) Damori. He grew up in Rock Springs, WY where he was a 2001 Rock Springs High School graduate. He also attended Computer Technical College in Ogden, Utah. In 2007 Beau relocated to Gillette and married Cherise on August 8, 2008 at Cam-Plex Park.

Beau lived fearlessly and fully. He enjoyed racing motocross, camping, fishing with his boys, building computers, 3D printing, RC planes, quadcopters and all things guns. There was never a dull moment when Beau was in the room.

In lieu of flowers, an educational fund has been established for Zachary and Brandon at First Interstate Bank in Gillette. Memorials and condolences may be sent in care of Walker Funeral Home 410 Medical Arts Court, Gillette, WY 82716. Condolences may also be expressed at www.walkerfuneralgillette.com

To order memorial trees or send flowers to the family in memory of Beau Jason Damori, please visit our flower store.