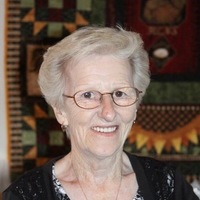 Barbara (Reynolds) Swingholm, age 72, of Rozet, Wyoming passed away on November 10, 2019 at Close to Home Hospice House in Gillette Wyoming.  There will be a graveside service held at a later date.

Barbara was born on December 18, 1946 in Gillette, Wyoming to Clark and Katie (Reardon) Reynolds.  She was raised in Northeast Wyoming and attended rural schools, graduating from Campbell County High School in 1965.  Barbara worked in various cafes.  During a brief marriage to Morrie Neugebauer she had two sons, Wade and Matt.  In the late 70’s she went to work for Decker’s in the bakery department.  Later she met the love of her life Garry Swingholm and they were married on February 14, 1980.  Barbara was extremely happy that their families became one.  They made a home for their boys in Gillette.  Barbara loved to dance regardless of who she was dancing with.  She enjoyed traveling and moving from place to place to be with her son Matt when he was transferred with the US Army. She loved camping and seeing the different sites while they were traveling.   Barbara was a very happy grandmother and loved spending time with all her family.

To order memorial trees or send flowers to the family in memory of Barbara Kay Swingholm, please visit our flower store.