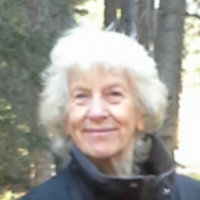 Memorial service for Barbara Holdeman will be held at 2:00 p.m., Monday, January 4, 2021 at Gillette Memorial Chapel with Pastor Ernie Bishop officiating. Barbara Sue Holdeman was born in Sheridan WY to George and Irene Hunnell on May 3, 1940.  She grew up in Sheridan and graduated from Sheridan Co. High School in 1958.  She attended Sheridan College graduating in 1960 with an associate degree in education.  She started her career by teaching in a 1 room schoolhouse in Montana.

Barb went back to college in 1982 at Black Hills State University in Spearfish.  She graduated 1985 but instead of pursuing a teaching career, she began her many adventures.  She became a traveling photographer, worked as a clerk in a hardware store in Jackson WY for 15 years and celebrated her 50th birthday while working in Antarctica. She also worked at Mt. Pisgah Cemetery during her retirement years. Her proudest profession was helping with her granddaughters, Marlee and Sawyer.

Barb loved the outdoors.  Her hobbies included photography, cross country skiing, snowshoeing, hiking, camping, or anything else that she could do outside.  She also loved to paint, sing and play the piano.  The mountains were her favorite place and she was always happy when she was close to them.

She was preceded in death by her parents, sister Beverly Nelson, twin brother, George Hunnell, and son Ted Holdeman. Memorials can be made in Barb’s name to benefit Gillette Animal Shelter. Memorials and condolences may be sent in care of Gillette Memorial Chapel 210 West 5th Street, Gillette, WY 82716. Condolences may also be expressed at www.gillettememorialchapel.com

To order memorial trees or send flowers to the family in memory of Barbara Sue Holdeman, please visit our flower store.