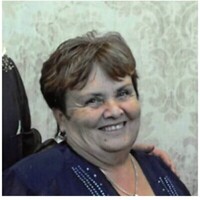 Mass of Christian Burial for Barbara Borthwick will be held 10:00 a.m., Thursday, October 8, 2020 at St. Matthew’s Catholic Church in Gillette with Father Cliff Jacobson officiating. Masks will be required. The service will also be live streamed for those who cannot attend. Inurnment will be at 12:00 p.m. at Moorcroft Cemetery. Barbara Jeanne Borthwick, 70, of Gillette, passed away early in the morning on Sunday, October 4, 2020 at the Legacy Living and Rehabilitation Center. She was a loving wife, mother, sister, grandmother, aunt, and friend to all. Barb, affectionately known as Barbara Jeanne or Barbie, was born February 5, 1950 in the old hospital in Gillette. As a new baby, she lived in Sundance before her family moved near the Fishing Lake in Gillette. In the early 1960s, the family moved to the ranch south of Wright. Growing up, she was the favorite babysitter of all the local kids, and it was in her youth she began her journey as a culinary expert. She met John Borthwick when she was working in Reno Junction, and they got married on September 6, 1971 at St. Francis on the Prairie church. They moved to Fort Stewart in Savannah, GA while John was in the army. After he was discharged, they moved to Gillette, WY. In March of 1976 they moved to Moorcroft, WY where they lived for about twenty years until they moved to their final home in Gillette. In 1973, they welcomed son Michael, followed by their second son Jason in 1976. Barb was everyone’s family or friend; she never met a stranger. She was everyone’s cheerleader and of course their favorite cook. She had undoubted faith in others and showed her love in so many positive ways. Her smile, her laugh, and her hugs (along with her homemade rolls and krautburgers) gave so many people comfort. Those who knew her recognized they were fully loved. She enjoyed a variety of jobs over the years, including beautician at the Top Knot Beauty Salon, a classroom aide at Moorcroft Elementary, cook at Campbell County Memorial Hospital, security guard for Wyodak Power Plant, and finally a bus aide for Campbell County School District. Also, throughout the years, Barb and her husband John volunteered faithfully in the restoration and upkeep of Camp Story. Everywhere she worked she found new friends and people to talk to. She enjoyed parties and get togethers and treasured her time with her fellow Red Hat members. She was a joy to all and will be greatly missed. Barb is preceded in death by all of her grandparents, her parents Billy Deyoe Edwards and Dorothy Jeanne (Rangunot) Edwards, husband, John Borthwick, infant daughter Mary Anne, daughter-in-law Mona, and brother- and sister-in-law Robert and Diane Borthwick. She is survived by her four brothers Bunk (wife Suzi) Edwards, Tom (wife Leah) Edwards, Deb (wife Susan) Edwards, Lee (wife Char) Edwards, sister Martha Edwards, son Michael (wife Mary) Borthwick, son Jason Borthwick, three grandchildren Gabi, Gene, and Clara Borthwick, brother-in-law Bill Borthwick, sister- and brother-in-law Mary and Jeff Workman, and all her nieces, nephews, and great nieces and nephews.  In lieu of flowers, donations may be made to Camp Story, ℅ First Presbyterian Church, PO Box 489, Moorcroft, WY 82721. Memorials and condolences may also be sent in care of Gillette Memorial Chapel 210 West 5th Street, Gillette, WY 8276. Condolences may also be expressed at www.gillettememorialchapel.com

To order memorial trees or send flowers to the family in memory of Barbara Jeanne Borthwick, please visit our flower store.