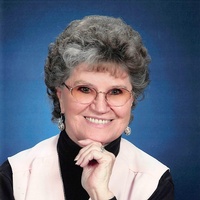 Memorial service for Barbara Baity will be at 10:00 a.m., Thursday, July 26, 2018 at the First Assembly of God Church in Gillette, Wyoming with Pastor Dan Holden officiating; inurnment to follow at Mt. Pisgah Cemetery.

Barbara J. Baity, age 84, left this life on Sunday morning, July 22, 2018 at The Legacy Living and Rehabilitation Center and has now taken up residency in Heaven with our Lord and Savior.

Barbara Jean Baity was born on July 2, 1934 in Salem, Illinois to Harry and Emma (Berry) Williams.  She had two older sisters, Bernice and Bonnie and four brothers, Carl, Paul, Harry and Howard. She married Robert “Bob” Baity in Salem, IL and they had two sons; Robert Baity II and Ronald Baity.  They were married for over fifty years and the family lived in various locations including; Salem, IL, Worland, WY, Casper, WY, Powell, WY and finally settled in Gillette, WY.

In Gillette, Barbara held several jobs including sales clerk at Nelson’s Dry Goods and secretary at the Campbell County Weed and Pest office.  She became acquainted with many of the ranching families and was well-known by much of the Gillette community.

Throughout the years, Barbara made a wealth of friends in Gillette and became actively involved in the First Assembly of God Church.  She was an inspiration to those who knew her as a mighty prayer warrior and true follower of Christ.  She enjoyed spending time at Perkins visiting with her friends and she adored being with her grandchildren.  Barbara had a good sense of humor and she was often described as “feisty”.  She could always be counted on to comfort the sick in the hospital or to pray with others during difficult times.  She will be sorely missed by friends and family, but we rejoice that she has realized her greatest wish: to spend eternity in Heaven worshiping Jesus.

Barbara was preceded in death by her parents, siblings and her husband.  She is survived by her sons and daughters-in-law, Robert (Nina) Baity and Ronald (Chris) Baity; three step-children, Jerry Baity, Judy Wooles and Kitty Nettles; thirteen grandchildren; twenty plus great-grandchildren and seven great-great grandchildren.

In lieu of flowers a memorial has been established in Barbara Baity’s name. Memorials and condolences may be sent in care of Gillette Memorial Chapel 210 West 5th street, Gillette, WY  82716.  Condolences may also be expressed at www.gillettememorialchapel.com

To order memorial trees or send flowers to the family in memory of Barbara Jean Baity, please visit our flower store.