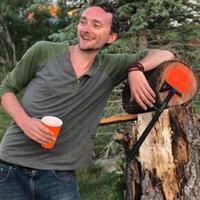 Austin Morgan Simcheck age 31, of Gillette passed away on April 3, 2022. Austin was born and raised in Gillette, Wyoming.  He was homeschooled and graduated from Foster Penn School.  He later attended the University of Wyoming in Laramie for 2 years. Austin was active in karate in high school.  At the University of Wyoming, he was active in the Fencing Club.  He was constantly learning and researching his interests on the internet, teaching himself how to play the piano and publishing multiple stories he wrote, having over 2,000 views on just one story. He loved Roman History and even had a full Roman Centurion suit of armor, which he wore on special occasions. Austin had a thirst for learning and quest for knowledge that endeared him to many.  He will be remembered most for his kind, helpful and gentle nature. Austin worked at Campbell County Cam-Plex for 11 years on and off.  He recently worked for UPS in Gillette. Austin is preceded in death by his sisters, Eve Angelina Simcheck (passed 1983); Kimberly Kucera (passed 2014). Austin is survived by his mother, Debra Kucera (Jeff Kucera); his father, Frank Simcheck; his brothers, Colten Simcheck (Jennifer LaBounta) and Stephen Simcheck; sister, Fawna Simcheck; stepbrothers: Josh and Jared Kucera; and many aunts and uncles and cousins who loved and respected our dear and precious Austin.

To order memorial trees or send flowers to the family in memory of Austin Morgan Simcheck, please visit our flower store.