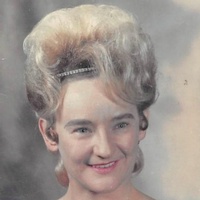 Funeral service for Auguste Gloria Burke will be at 1:00 p.m., Saturday, February 23, 2019 at Walker Funeral Home with Chaplain Donny Edwards officiating. Visitation will be one hour prior to the funeral service. Burial will follow at Mt. Pisgah Cemetery in Gillette, Wyoming. She passed away at her home February 17, 2019. She was 91 years old.

Auguste Burke, known to her family and friends as Gloria was born December 1, 1927 to Wilhelm and Katharina Schonfub in Regensburg, Germany. She attended school in Germany and was recruited in the service during WWII. During the occupation of Germany, Gloria met and later married a U.S. service man Gloria was brought over to the United States and they resided in Recluse, Wyoming where she ranched for seventeen years. They later divorced. In the 1970’s she married Frances “Bill” Burke and with him they owned and operated Burke’s Jewelry store on Gillette Avenue.

Gloria enjoyed golf and she was an avid bowler and bowled till she was in her mid-80’s. Gloria loved to garden and had a beautiful flower and vegetable garden.  She has resided in Campbell County for over seventy years.

She is survived by her two nephews, Leon and Hans Jobst or Regensburg, Germany and numerous family, friends and neighbors in Gillette and Germany.

Gloria is preceded in death by her husband, her parents, two brothers and her sister, Ellie.

Memorials and condolences can be sent in care of Walker Funeral Home 410 Medical Arts Ct Gillette, Wyoming 82716. Condolences may also be expressed at www.walkerfuneralgillette.com

To order memorial trees or send flowers to the family in memory of Auguste Gloria Burke, please visit our flower store.