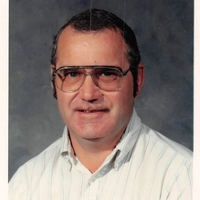 Memorial service for Art Cundy will be held at 10:00 a.m., Friday, June 3, 2022, at First Presbyterian Church with Chaplain Gordon Harper officiating. Arthur “Art” Fredrick Cundy, 80, of Rozet, Wyoming, passed away of heart failure on May 28, 2022, at the Billings Clinic Hospital in Billings, Montana. Art was born August 18, 1941, in Spearfish, South Dakota; the 8th of 13 children to Amie Rice Cundy and Henry Cundy. At this time, his folks lived on Grandad Rice’s Ranch approximately two miles from the WY/SD state line and two miles South of Interstate 90 (near Beulah, WY). In August of 1949 they moved to Sundance, WY where Art completed grade school and high school, graduating from Sundance High School in 1959. During 1959 and 1960 he attended college at Northeastern Sate at Tahlequah, Oklahoma.  In the summer of 1960, he worked on the Sundance Radar Base and at Devil’s Tower. The fall of 1960 and 1961 he attended Casper Jr. College in Casper, WY. The next summer he worked on road construction on the interstate west of Rawlins, WY then entered the University of Wyoming in Laramie, WY for the last semester of 1962. That summer of 1962, he worked in Gillette and worked most of the summer south of Rozet on Raven Creek oil well locations. He has lived in this area since then. After returning to UW in the fall of 1962, he met Alice Clark from Gillette, Wyoming, who was a freshman at UW. They were married on June 22, 1963. After finishing college at UW and graduation in June of 1964, with a Bachelor of Arts, from the College of Education. He also went to college during the summer at UW, CSU and Chadron, pursuing a Masters Degree. He started teaching at the Moorcroft school in the fall of 1964 for one year and then for Campbell County School District for the next 22 years as a high school math teacher. During this time, he also ranched.  He retired from teaching in 1987 but continued ranching until the fall of 2020. Art enjoyed watching football, mainly college and especially the Wyoming Cowboys but if they weren’t on any game would do. We used to go to Laramie to watch the Cowboys play but stopped to tend to his ranch duties. He also liked to watch basketball. He helped coached high school football under several head coaches. He always watched Gunsmoke re-runs, even if he had already seen the episodes a couple of times. He liked Wagon Train and the Virginian too. He “went to church” on television watching Shepherd’s Chapel frequently. It was on any time of the day so he could watch it everyday and keep up with chapter and verse. He said it was where he actually learned to understand the bible. Art’s other interests included attending rural auctions until an accident in Billings left him too crippled to continue.  He could no longer sit on bleachers without having back support.  He also enjoyed eating out until Covid pandemic struck. Art is survived by his wife, Alice Clark, of 59 years; daughter, Nicole (Troy) Allee, Gillette, WY; sons: Vance Cundy, Colorado; Travis (Connie) Cundy, Sheridan, WY; Scott (Jennifer) Cundy, Gillette, WY; grandchildren: Alicia (Brandon) Miller, Glenrock, WY; Zane (Savannah) Allee, Cheyenne, WY; Samantha Ogle, Alaska; Jessica (Zane) Holliday, Spokane, WA; Reance Cundy, Texas; Vannessa Cundy, Roundrock, Texas; Collin (Justine) Cundy, Casper, WY; Luke Cundy, Honolulu, Hawaii; Caleb Cundy, Gillette, WY.  He is also survived by his brother, Leslie Cundy, Gillette, WY; sister, Marilyn Hess, Homer, Alaska and numerous nieces and nephews. He is preceded in death by his parents and his siblings: Harold Cundy, Ellen Roadifer, Patricia Hill, Walter Cundy, Robert Cundy, Lyle Cundy, Kathryn Kudlock, Henry Cundy, Cecil Cundy, Warren Cundy; nephews: Dave Hill, Craig Cundy; niece, Carla Cundy; great nephew, Matthew “Matt” Cundy. Memorials and condolences may be sent in care of Gillette Memorial Chapel 210 West 5th Street, Gillette, WY 82716. Condolences may also be expressed at www.gillettememorialchapel.com

To order memorial trees or send flowers to the family in memory of Arthur Cundy, please visit our flower store.