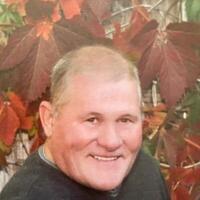 Mass of Christian Burial for Anthony “Tony” Polanchek will be held at 11:00 a.m., Friday, January 29, 2021 at St. Matthew’s Catholic Church, Father Cliff Jacobson officiating. Visitation will take place from 4:00 p.m. to 6:00 p.m., Thursday, January 28, 2021 at Gillette Memorial Chapel with Vigil starting at 6:00 p.m. Anthony "Tony" Polanchek, 75, Gillette, died Saturday, January 23, 2021 at Campbell County Memorial Hospital.  Tony was born July 5, 1945 at Dickinson, North Dakota, the third of five children to Frank and Joyce Reul Polanchek. He was raised in the Belfield community. Tony was drafted into the Army December of 1965 to December of 1967, serving in the Vietnam War.  He was very proud of his country and being able to serve it. He had several nephews whom he was so proud of because of their military service.  Upon returning he met the love of his life, Richelia "Richie" Kessel, and after a very short courtship they were married at St. Bernard's Catholic Church on September 26, 1970. They spent 50 wonderful years making a lifetime of memories with so many family and friends. He worked in all aspects of the Oil and Gas Industry throughout his life, retiring from Anadarko in 2007.  Upon retirement he enjoyed taking care of his grandchildren.  They were both the apple of his eye!  He loved these two babies more than anything and would be there for them in the drop of a hat.  He loved taking them on many camping adventures.  He also enjoyed taking care of his wife and spoiling her rotten. He loved spending time in the Big Horn Mountains, Keyhole, and Lake DeSmet. Camping, boating, fishing, and ATV'ing were his favorite pastimes. Tony also enjoyed reading and watching old westerns. Tony was a proud lifetime member of St. Mathews Catholic Church, the VFW, the American Legion, and Knights of Columbus. Tony is survived by his wife, Richelia "Richie"; two daughters, Toni Jo (Alan) Sweet; grandson, Michael of Casper, WY; Tonya (Chris) Adam, granddaughter, Haddie of Billings, MT; sister, Eva (Monte) Brimmer; brother, Rodney Polanchek; many sisters-in-law, brothers-in-law, nieces, nephews, great-nieces and nephews, who were very dear to him. He is preceded in death by his parents; brother, David "Shorty" Polanchek; sister, Geraldine "Dolly" Buzalsky; nephew, Jed Polanchek and niece, Rhonda Buzalsky. Memorials and condolences may be sent in care of Gillette Memorial Chapel 210 West 5th Street, Gillette, WY 82716. Condolences may also be expressed at www.gillettememorialchapel.com

To order memorial trees or send flowers to the family in memory of Anthony "Tony" Joseph Polanchek, please visit our flower store.