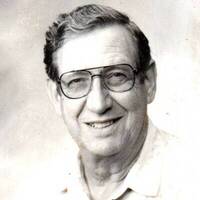 Alvin Lee Wittler, 90, of Gillette, WY died Thursday, April 7, 2022 at Monument Health in Rapid City, SD. His loving wife, Myrtle and niece and nephew, Jon and Elsa Poole were by his side. Lee’s death was so unexpected his grandsons, Jason and Joshua and their mother Kathy were unable to be there. He died of pneumonia caused by heart failure. Lee was born June 15, 1931 to Louis Gene and Esther (Nickle) Wittler. He was the youngest of their four children, Athalie, Nola, Gene and Lee. Lee was preceded in death by his parents and two sons, Mark and Keith. He is survived by his wife, Myrtle (Kyzar) Wittler and nieces and nephews and their children. Most of his remaining family lives in Louisiana. Lee will be interred at Highland Memory Gardens in Lake Charles, LA. Lee worked for Sun Oil Co. for many years. In 1975, he was transferred to Cordero Coal Mine in Gillette. His position there was Manager of Purchasing and Warehousing. Lee worked there over twenty years before retiring. After retirement Lee served as Gillette Councilman for two terms. He also served on multiple city and state committees and civic organizations. Lee will be missed by his loving family, friends and colleagues. Cards of sympathy may be sent in care of Walker Funeral Home 410 Medical Arts Court, Gillette, WY 82716. Condolences may also be expressed at www.gillettememorialchapel.com

To order memorial trees or send flowers to the family in memory of Alvin Lee Wittler, please visit our flower store.