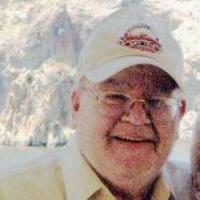 Graveside service for Mr. Allison Beyer will be held at 11:00 a.m., Monday, June 29, 2020 at Mt. Pisgah Cemetery with Erik Bergquist officiating. Military Honors to be provided by American Legion Post #42 Drill Team. Memorials and condolences may be sent in care of Walker Funeral Home 410 Medical Arts Court, Gillette, WY 82716. Condolences may also be expressed at www.walkerfuneralgillette.com

Allison Eugene Beyer was born on October 5, 1946 to Clarence and Ila (McKinley) Beyer in Vinton, Iowa. He attended area schools and graduated from Tipton High School in 1964. He attended N.E. Missouri State college before he enlisted in the US Airforce and served his country from 1966 to 1970. He met Nancy Bremer and they married on July 5, 1970. The family resided in Conrad and Lewiston, Montana where Allison did T.V. and appliance repair and sales. The family moved to Gillette, Wyoming where he was employed with Pacific Power and Light as a utility worker. For 26 years he was a postal worker for the United States Postal Service in Gillette, Wyoming. In 2006 Allison retired to pursue his passions and to spend time with his family. His greatest passion was fishing with family and friends. He enjoyed rock hunting and collecting coins. One of his accomplishments was being a life master of duplicate bridge. On his free time, he enjoyed watching wrestling on TV and playing poker on the computer.

Allison is survived by his wife, Nancy Beyer; his two daughters, Wendy Beyer and Brenda (James) Gross; grandson, Justin Beyer; granddaughter, Logan Gross; sisters, Linda (Delbert) Berghoefer and Patricia (Gary) Janssen and one brother, Mark (Debbie) Beyer and numerous nieces, nephews and great-nieces and nephews. He was preceded in death by his parents.

Memorials and condolences may be sent in care of Walker Funeral Home 410 Medical Arts Court, Gillette, WY  82716. Condolences may also be expressed at www.walkerfuneralgillette.com

To order memorial trees or send flowers to the family in memory of Allison Eugene Beyer, please visit our flower store.