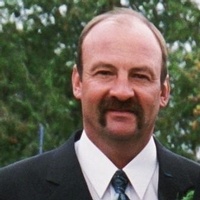 On Monday, March 4, 2019, Allen Brown passed away due to complications from a stroke he

suffered on February 11, of the same year. He passed peacefully with his children by his side.

Allen was born to Dale and Martha Brown in Ashley, ND on December 9, 1960. He and his

family moved to Gillette in 1968. Allen graduated from Campbell County High School in 1979,

and retired from his work with the City of Gillette in 2007. Allen’s greatest joys in life were time

Brown, and his son, Derick Brown (Pamela Jane Brown). Also by his grandchildren Xander and

Aryll Brown. He is preceded in death by his mother, Martha Brown and sister, Gail Bayne.

A celebration of life luncheon is being planned for a future date. Memorials and condolences may be sent in Allen’s name in care of Gillette Memorial Chapel 210 West 5th Street, Gillette, WY 82716. Condolences may also be expressed at www.gillettememorialchapel.com

To order memorial trees or send flowers to the family in memory of Allen Rae Brown, please visit our flower store.