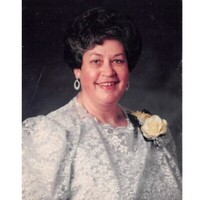 A celebration of life for Aase Riley will be at 1 pm, May 6, 2021 at Gillette Memorial Chapel with Chaplain Gordon Harper officiating. Burial will follow in the Gillette-Mt. Pisgah Cemetery. Aase H. Riley, 78 passed away in Gillette, WY on October 15, 2020. Aase was born on April 23, 1942 to Paul Christian and Ellen Bernice (Garaas) Bommen in Kongsberg, Norway.  She came to America at the age of five and became an American citizen.  Aase grew up and graduated high school in Grenora, ND in 1960. Aase married Jodie Nixon Aug 17, 1960, they had five children, Brenda, Gracie, Shawn, Buddy and Todd.  In 1968 the oilfield brought the family to Gillette from Casper, WY.  Aase worked many years for Starr Communications Answering Service, she really enjoyed her work.  Aase loved to sew and do crafts of every kind.  She enjoyed giving the things she made to her family and friends. Aase was able to travel back to Norway a couple of times during her life.  She always spoke about the beauty of Norway. A few years after Jodie passed away, Aase met and later married Floyd Riley Jr. in December 1991, they were married 17 years until his passing in 2008.  They enjoyed traveling to Yuma, AZ for the winters.  They also enjoyed doing crafts together.  They loved the outdoors and their time with family and friends. Aase is preceded in death by both her parents; husband, Jodie Nixon; husband, Floyd Riley Jr.; one brother and one sister; her oldest daughter, Brenda and two granddaughters, Kandida Ann and Shawna. Aase is survived by one brother, Olaf Bommen of MN; daughter, Gracie (Sid) Smith; three sons, Shawn, Buddy and Todd; six grandchildren, Mandi, Jodie, Chris, Casey, Jerome and Willie, eight great grandchildren and many nieces and nephews. Special thanks to the Riley and Dorson families for welcoming Aase to their family during her life Jack (Floyd). Also, Melvin and Mavis Walker. Thank you for the Amazing Friendship and care you gave to Aase over the years. Cards and condolences may be sent to the family in care of Gillette Memorial Chapel  210 W. 5th St,  Gillette, WY  82716 or via the website at www.gillettememorialchapel.com

To order memorial trees or send flowers to the family in memory of Aase Helene Riley, please visit our flower store.